View all posts by Teresa →

Lagos about to host another Sweet Art Contest Fair

Musical poster will have Rui Veloso, Gabriel o Pensador, Dillaz, Bárbara Bandeira and Mariza.
The 33rd edition of the Arte Doce Fair will take place at the Lagos Sports Complex from the 27th to the 31st of July, between 6:00 pm and 12:00 am, after a two-year break.

«Sweets, snacks, music and lots of entertainment» is the guarantee of the municipality of Lagos for this edition of the event, which will have «one of the best musical posters of the Algarve summer»: Rui Veloso, Gabriel o Pensador, Dillaz, Bárbara Bandeira and Mariza perform .

The two-year suspension of the Arte Doce Contest Fair due to the pandemic situation “was a reason for the municipality to prepare a big return”. The event now takes place over five days, having also increased the space surrounding the venue to accommodate more participants.

In addition to the regional sweets, which are kept inside the pavilion, the outside will feature handicrafts, taverns and other food products, with a total of around 113 participants. And celebrating the centenary of the arrival of the train to Lagos, an initiative with several activities taking place on the 29th and 30th of July, that was the theme chosen for this edition of the event.

To strengthen the links between the various traditions of the country, the region of Estremadura was also invited, which will be present in the form of artists, sweets and crafts.

Daily showcookings are also planned, focusing on fine sweets, flavors from Estremadura, conventual sweets from Alcobaça, flavors from the Bay of Lagos and gastronomy with chef Louis Anjos (Michelin Star).

As it could not be otherwise, the focus of the event will be on its own history: the confectionery contest that highlights the talent and creativity of confectioners and confectioners.

In this edition, the categories in the competition are Sweet Art – Mandatory Theme and Free Theme, Quality in Tradition (Best Dom Rodrigo, Doce Fino, Morgado and Sweet Figo) and Innovation Sweets, which will be announced over the first three days of fair, with the awarding of prizes taking place on the fifth and final day.

The event will also have an extended children’s area with many animations and activities for the little ones, the collaboration of the Lagos Tourist Train which, in line with this year’s theme, will transport visitors free of charge between the historic center of Lagos and the a new website where the program, map and participants can be consulted. 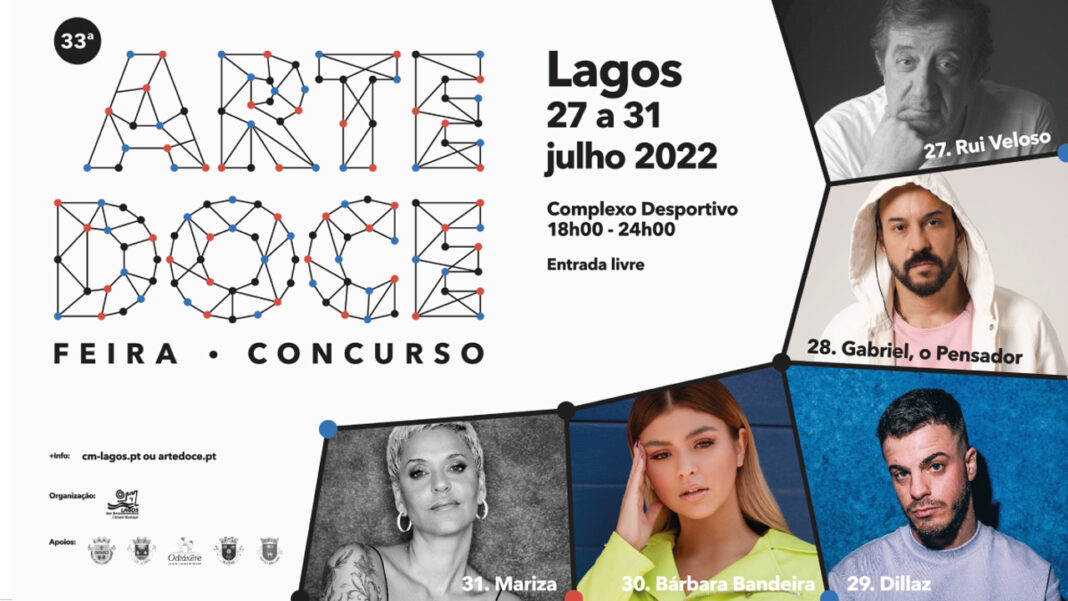